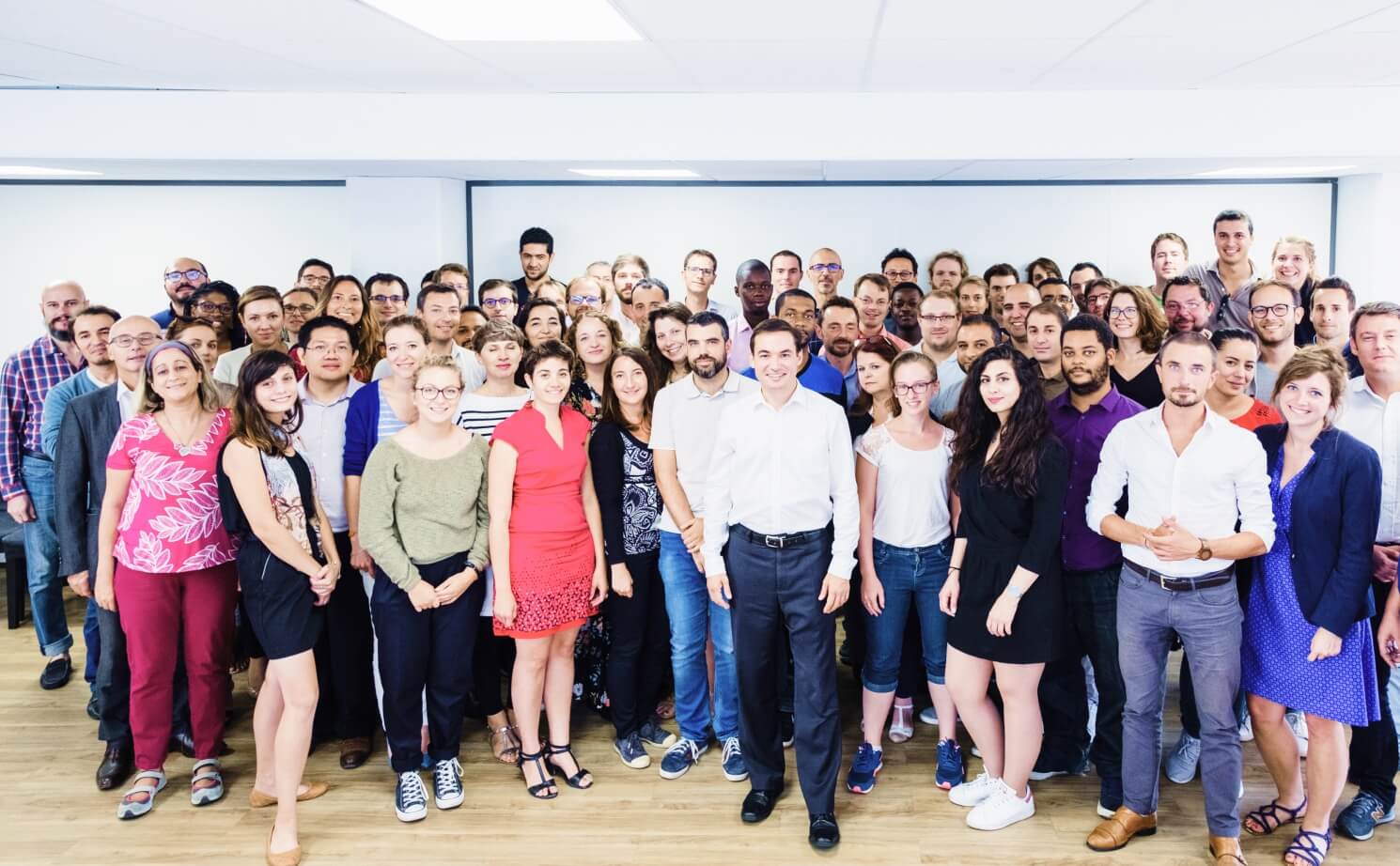 Meet our leadership team and our Board of Directors

A seasoned management team with international experience in the pharmaceutical, medical device and digital health industries. 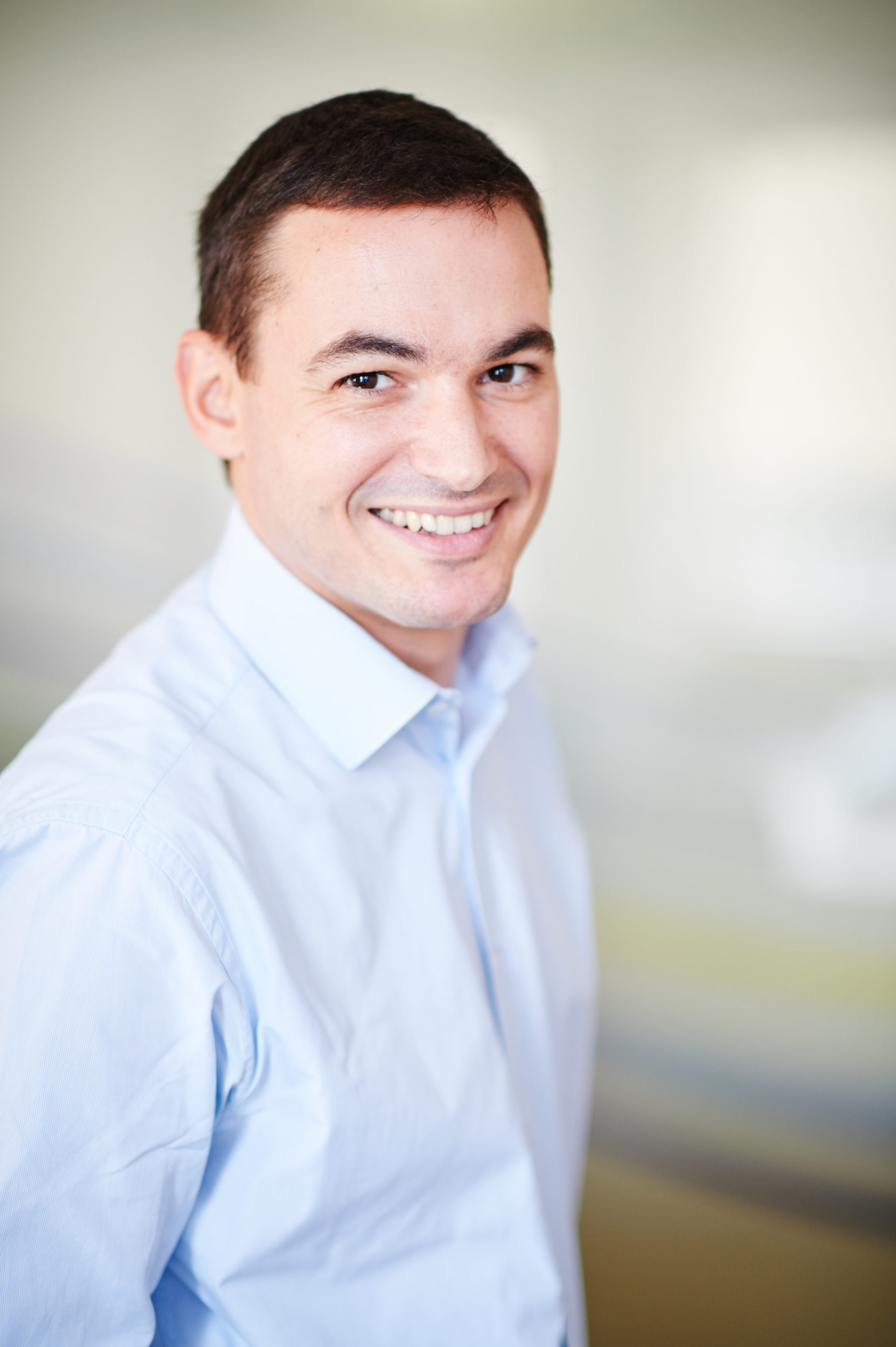 Pierre has more than 20 years of international experience in software medical devices, disease management and telemedicine solutions in Europe and the United States.

In addition, Pierre is a Director of Syntec Numérique, where he leads the telemedicine workgroup, co-leader of CSIS-CSF’s e-health workgroup and e-health advisor within Nouvelle France Industrielle’s health steering committee.

Pierre is a graduate of the Ecole Centrale Paris engineering school. 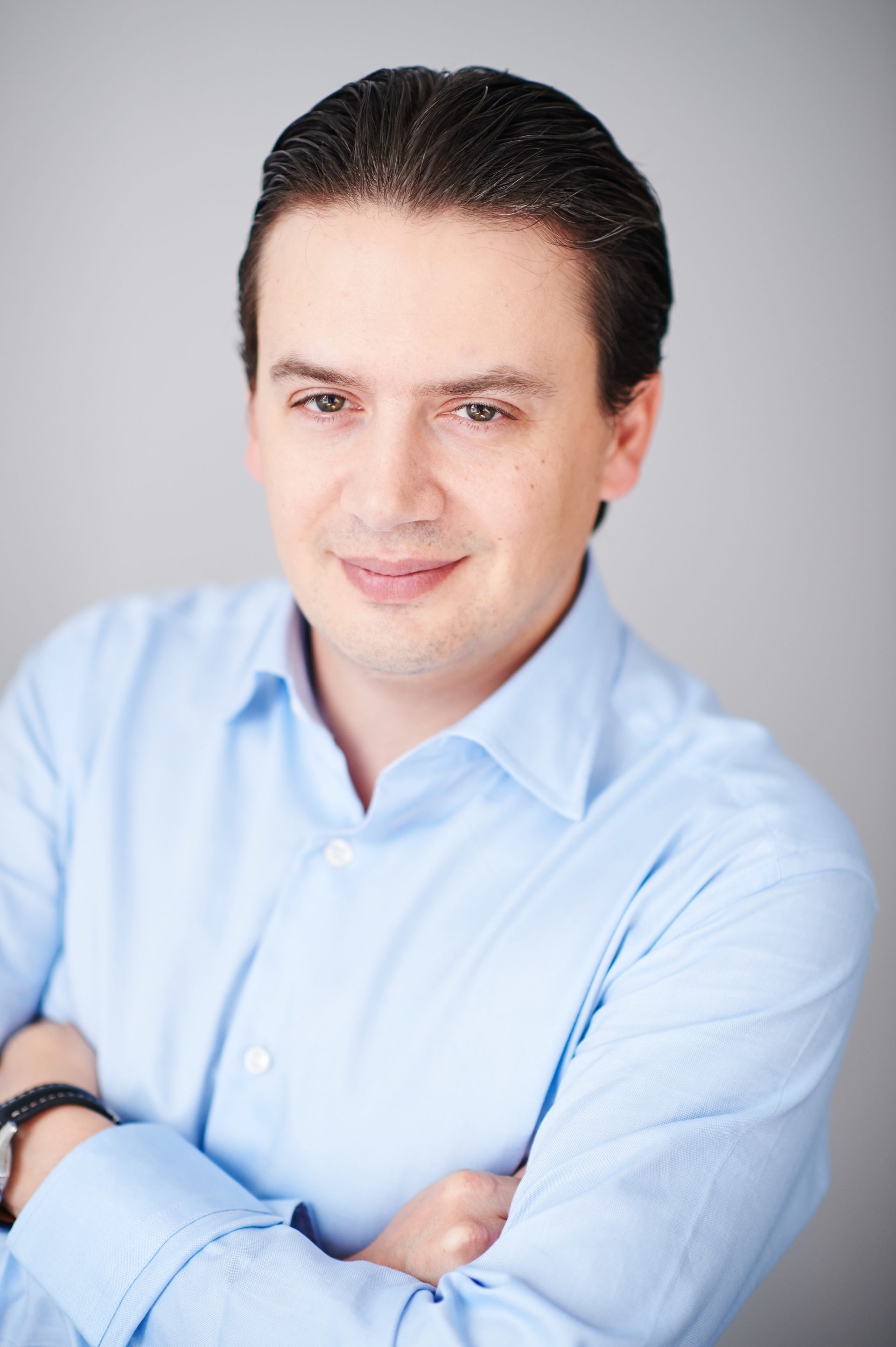 Romain is Chief Business Officer of Voluntis. He leads our teams in charge of business development, alliance management and strategic marketing. He has more than 20 years of experience in the digital health and Software-as-a-Medical-Device industries.

He holds a Master of Science from École Centrale Paris (University of Paris-Saclay) in applied mathematics. 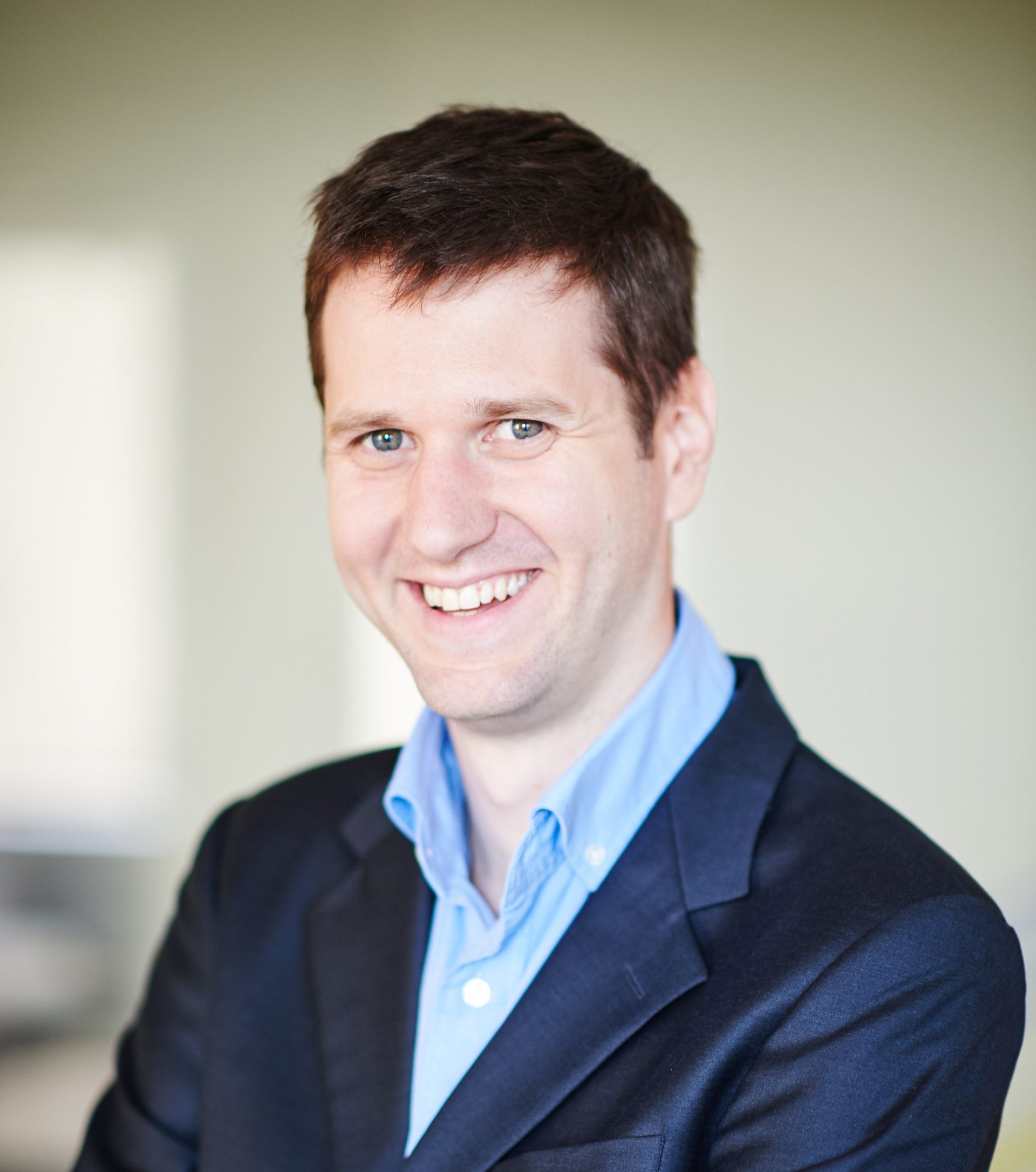 Etienne manages the innovation and technology activities at Voluntis. Etienne has more than 20 years of experience in building frameworks, deploying m-health solutions and developing algorithms, analytic suites and interoperable software.

He is a graduate of the École Centrale Paris engineering school. 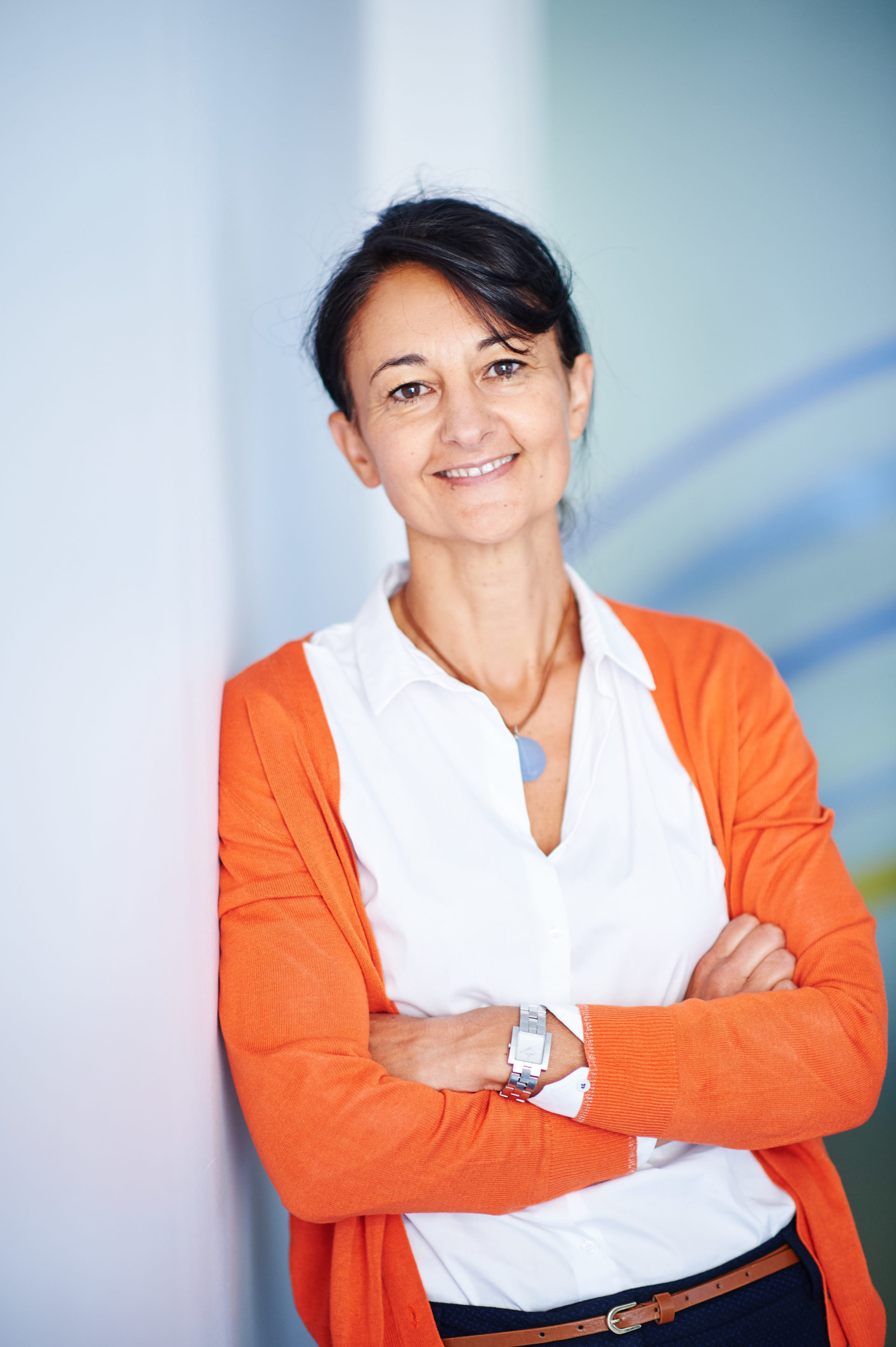 Geneviève has more than 22 years of experience in the life sciences industry. Before joining Voluntis, she was Medical Affairs Director for Johnson & Johnson Medical Devices & Diagnostics for France & BeNeLux. Prior to this position, she worked for Altana Pharma, Chiesi and Bioprojet. 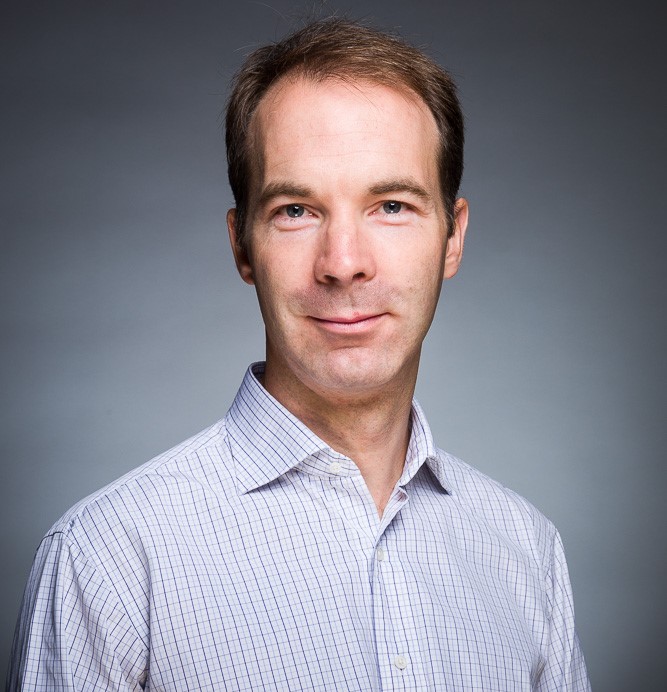 Guillaume has more than 20 years of professional experience in finance, first in an audit firm, then in the biopharmaceutical sector in financial control and then in financial management. He held the position of Chief Financial Officer of Hybrigenics (biotechnology) for more than 10 years, after having been Administrative and Financial Manager at Zeneus Pharma (acquired by Cephalon).

Guillaume holds a DESCF and a MSTCF from the University of Paris V. 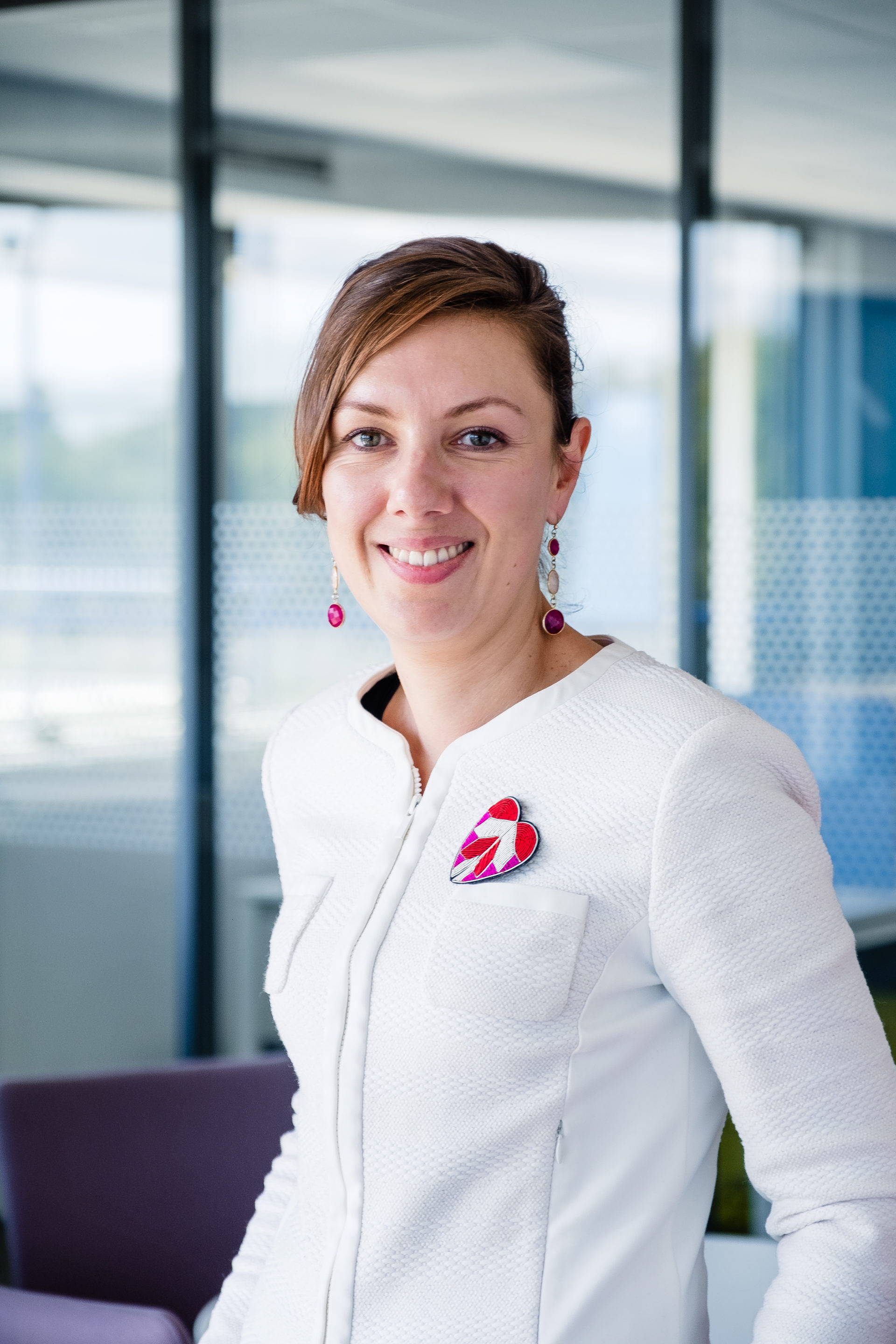 Aurore has over 10 years of experience in innovation and healthcare, in particular in developing strategy, business models and partnerships.

Before joining Voluntis, she managed the innovation consulting practices for several firms such as Altran (Arendi Consulting), Erdyn and Sogeti High Tech. She specialized in life sciences, biotechnology, healthcare and digital. She created innovation strategies and business models for start-ups as well as large groups such as Phillips, bioMérieux and Pierre Fabre.

She graduated from Ecole Polytechnique and Chimie ParisTech (National Chemical Engineering Institute in Paris) and also holds a PhD in pharmaceutical organic chemistry from UPMC (formerly Pierre and Marie Curie University, part of the Sorbonne University). 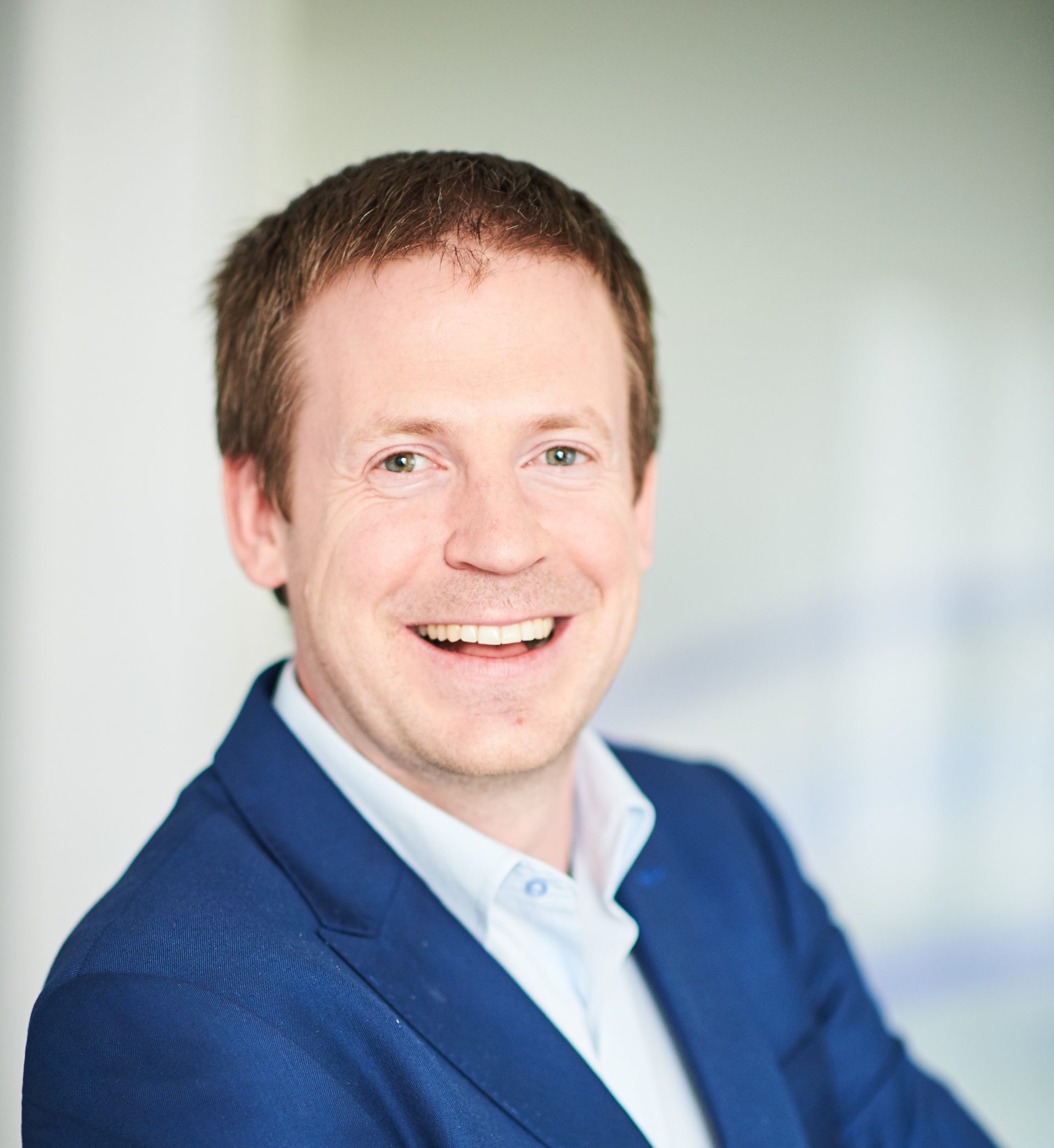 Damien leads alliance management at Voluntis. He has more than 15 years’ experience in industry. Damien started his career in frontline clinical healthcare (e.g. Portsmouth NHS Hospitals, Boots The Chemist). He worked in operational, customer-facing and leadership roles within the AXA Group, notably acting as host of the first ever MHRA inspection of AXA in the UK in 2005. 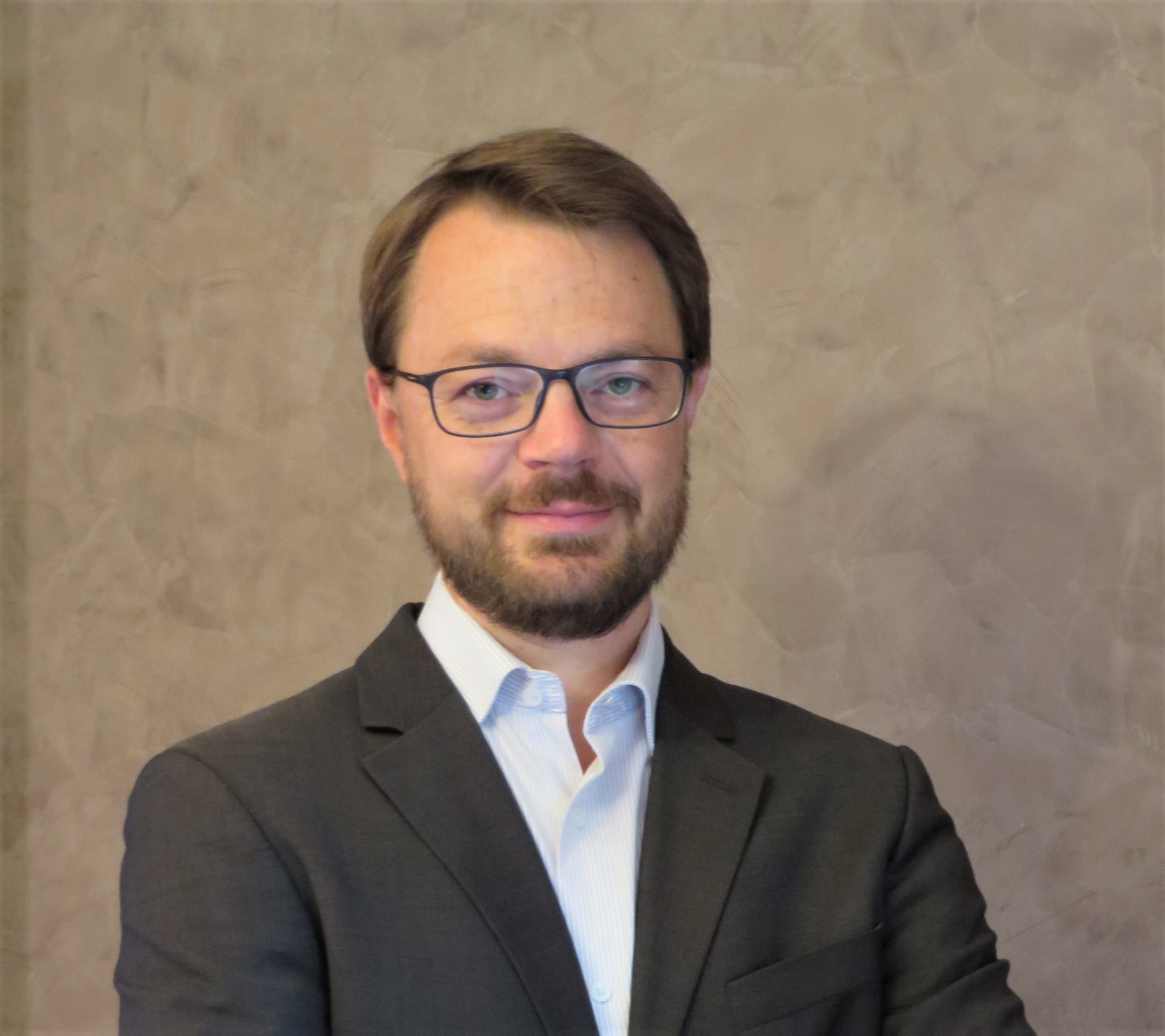 Eric is responsible of the Design and Delivery department, including project activities, functional design, Human Factors, UX Design and labelling.

With more than 17 years of experience in medical software devices, Eric has held positions in strategy, marketing and management.

He has also worked on the design and deployment of numerous projects in different therapeutic areas, both in Europe and North America.

He holds a degree in Computer and Network Engineering. 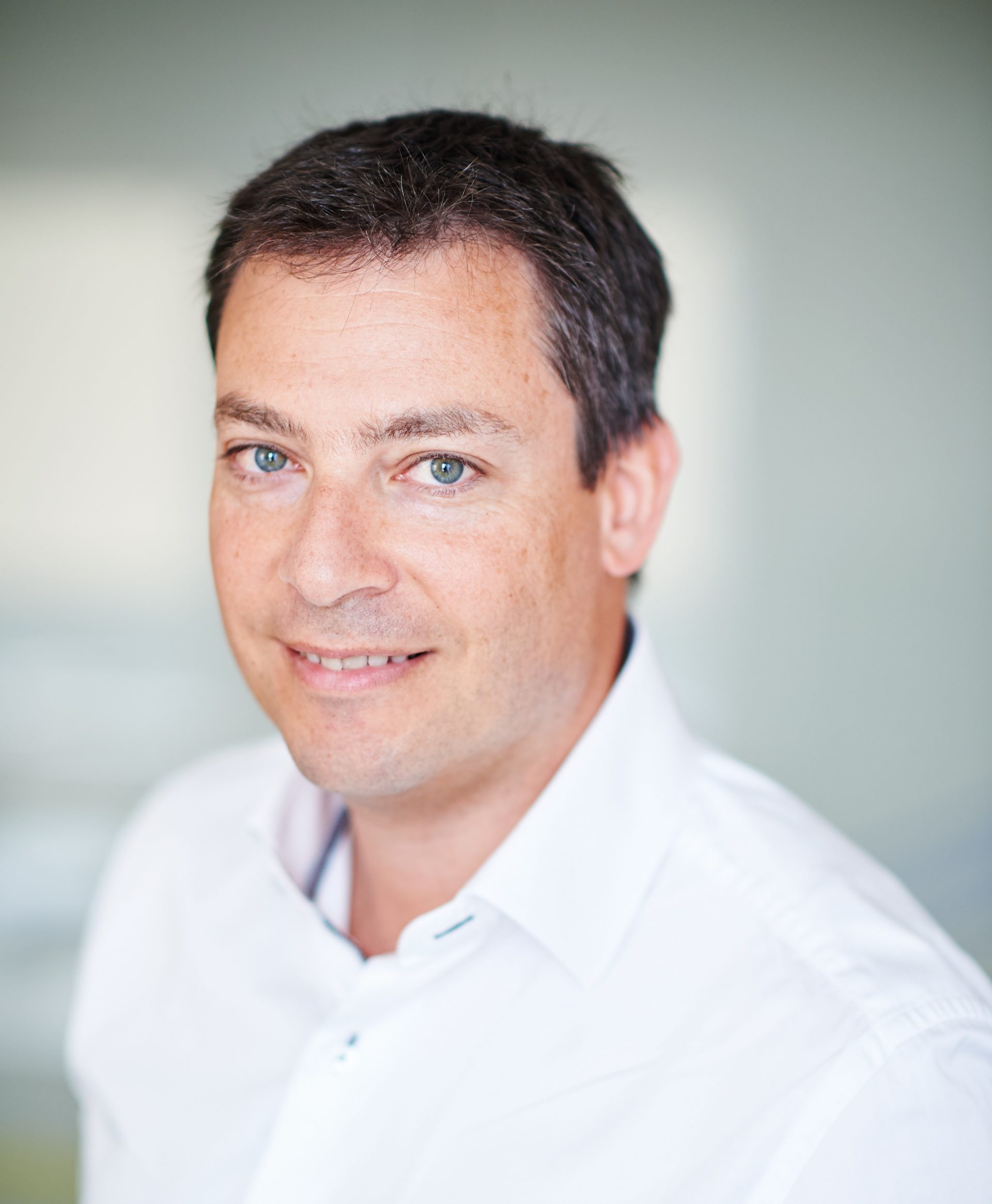 Raffi has 15+ years of experience in the medical device industry. Prior to joining Voluntis, Raffi was Manager at Hutchinson Santé, healthcare subsidiary of Hutchinson Group, where he headed R&D, manufacturing and regulatory affairs in an international environment.

Raffi is a graduate of the Ecole Nationale Superieure de Chimie de Mulhouse and holds a PhD in polymer science. He also holds an MBA from ESCP Europe business school. 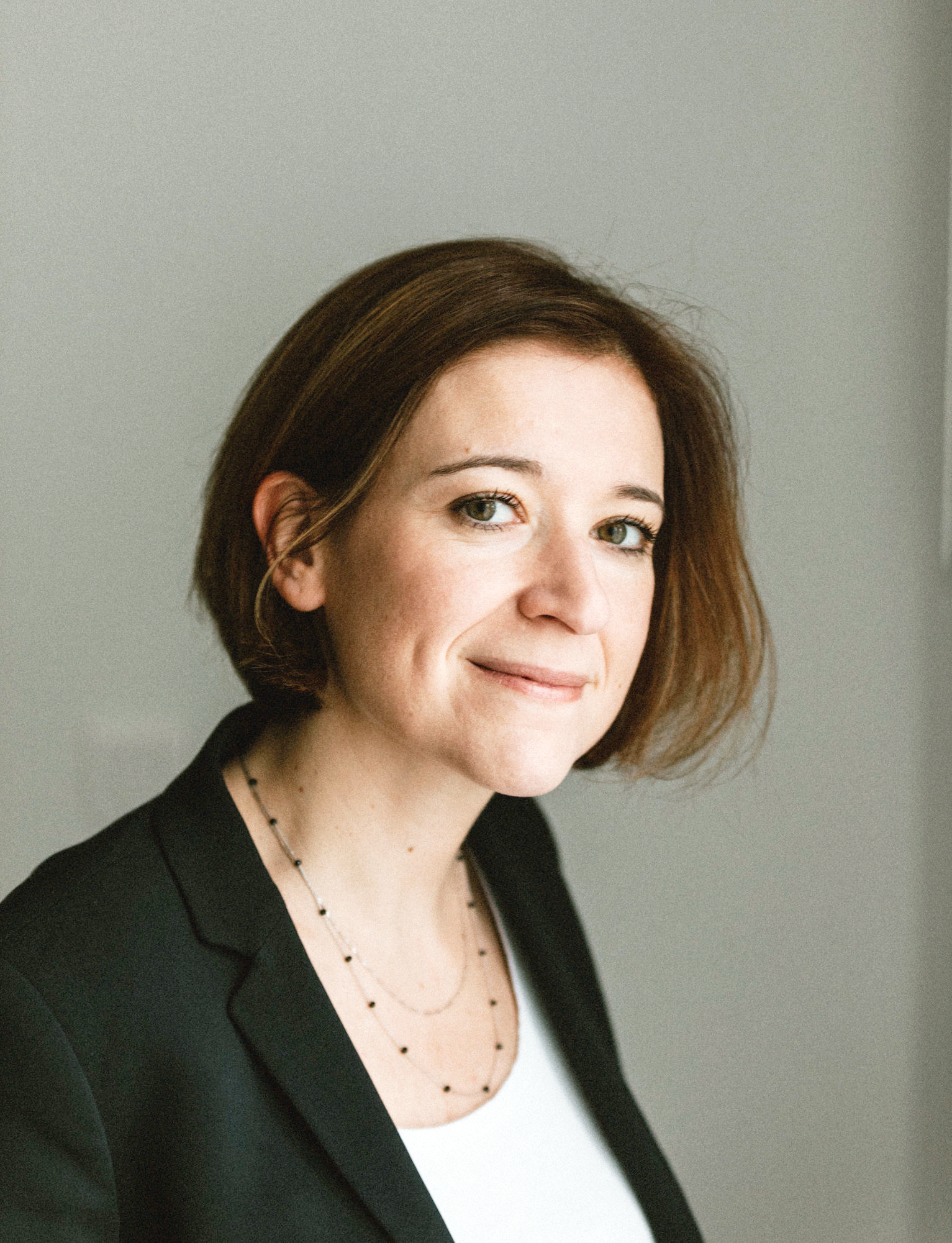 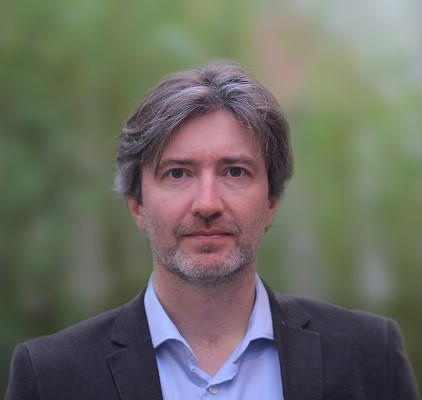 Guillaume is responsible for the architecture and performance of our solutions, algorithms, risk analysis and cybersecurity. He has 20 years of experience as a system engineer and manager.

After having worked for major groups (IBM, Renault, PSA) on embedded software safety, he has dedicated most of his career to the innovative medical device industry (Diagnostica Stago, Carmat SA, Voluntis), combining his technical, regulatory and managerial expertise.

Guillaume is a graduate of the Ecole Supérieure d’Electricité (Supélec) and Sciences-Po Paris. 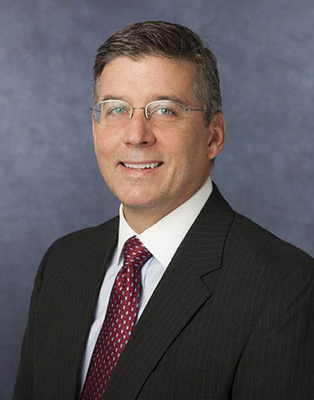 Chairman of the Board of Directors

Critical to the success of Prime Therapeutics, Eric led the partnership with Blue Cross and Blue Shield Plans to ensure members receive the highest quality of care while managing appropriate pharmaceutical costs and trends. Under Elliott’s leadership, Prime was recognized locally and nationally by prominent publications and organizations for its employee engagement, healthy workplace, highest quality and care of service for members, and business growth. With experience running three integrated PBMs, Eric is skilled in leading and growing businesses to include line and segment expansions.

He previously served as president of Cigna’s Pharmacy Management and Voluntary businesses and has held senior executive level positions at Aetna, PCS HealthSystems and Rite Aid Corporation. Elliott received his bachelor’s degree in management and finance, and a Master of Business Administration from Temple University in Philadelphia. He has served for many years on the board of directors at Prime, The Main Street America Group, the Pharmaceutical Care Management Association and the Twin Cities American Heart Association. Elliott also serves on The Wall Street Journal CEO Council.

Pierre has more than 20 years of international experience in software medical devices, disease management and telemedicine solutions in Europe and the United States.

In addition, Pierre is a Director of Syntec Numérique, where he leads the telemedicine workgroup, co-leader of CSIS-CSF’s e-health workgroup and e-health advisor within Nouvelle France Industrielle’s health steering committee.

Pierre is a graduate of the Ecole Centrale Paris engineering school. 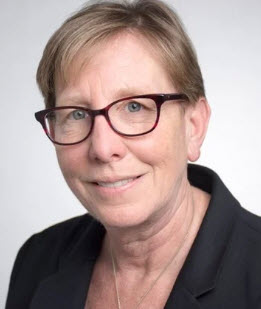 Dr. Berger is a tri-sector healthcare executive with proven results in private, public and government services over the last 30 years. In 2009,

Dr. Berger founded Health Intelligence Partners as a health care consultancy where she has advised in 14 countries with both health organizations and national ministries of health. Prior to that, she served as Senior Vice President, Chief Clinical Officer and Innovation Officer for CVS Health/Caremark. She currently sits on the boards of Cambia Health Solutions, a multi-state Blue Cross Blue Shield plan; GNS Healthcare, a healthcare data analytics company; Tabula Rasa, a medication safety and management company; and Accent Care, a home health and palliative care organization.

Dr. Berger is an assistant professor at Northwestern University School of Medicine and School of Communication in Chicago, Illinois. She is a renowned expert in consumer engagement and medication adherence and has authored four books and numerous publications on these topics.

She holds both a Doctor of Medicine degree and a Master’s in Jurisprudence from Loyola University (Chicago, Illinois). 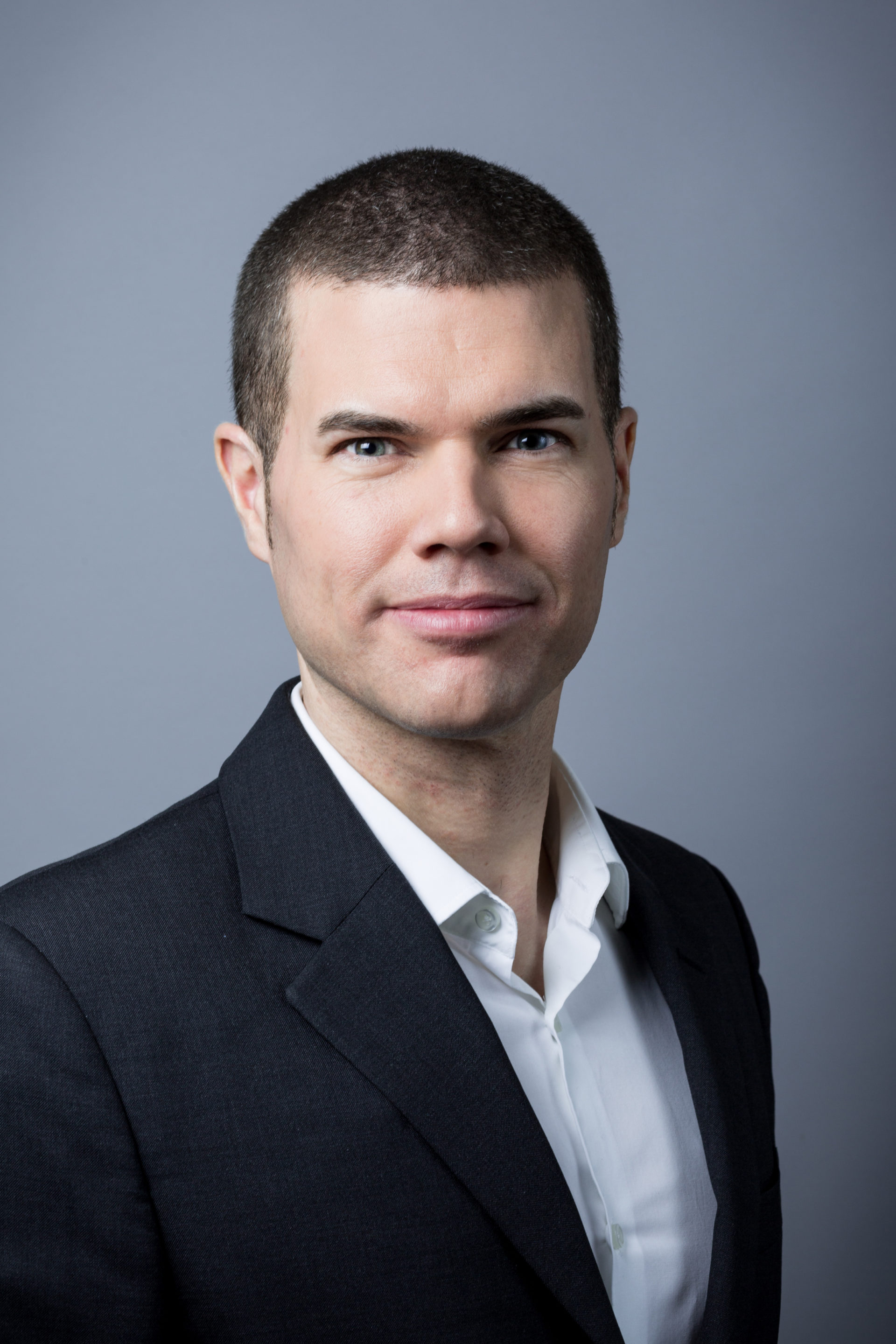 Laurent is an investment director in the Large Venture Fund at Bpifrance, the French Sovereign Wealth Fund, specializing in healthcare and life sciences investments.

He currently serves as board director at Voluntis (digital therapeutics) and formerly at Biom’Up (biosurgery) and Poxel (type 2 diabetes). Laurent is also a board observer at Enyo Pharma (HBV, NASH) and GenSight Biologics (gene therapy); and follows Bpifrance’s investments in DBV Technologies (food allergies) and MedDay Pharmaceuticals (neurodegenerative diseases).
Before joining Bpifrance in 2014, he spent six years as an investment banker with BNP Paribas’ Healthcare M&A Group.

Laurent qualified as a Doctor of Pharmacy at the University of Bordeaux and holds a Master Degree in Financial Engineering from the EM Lyon Business School. 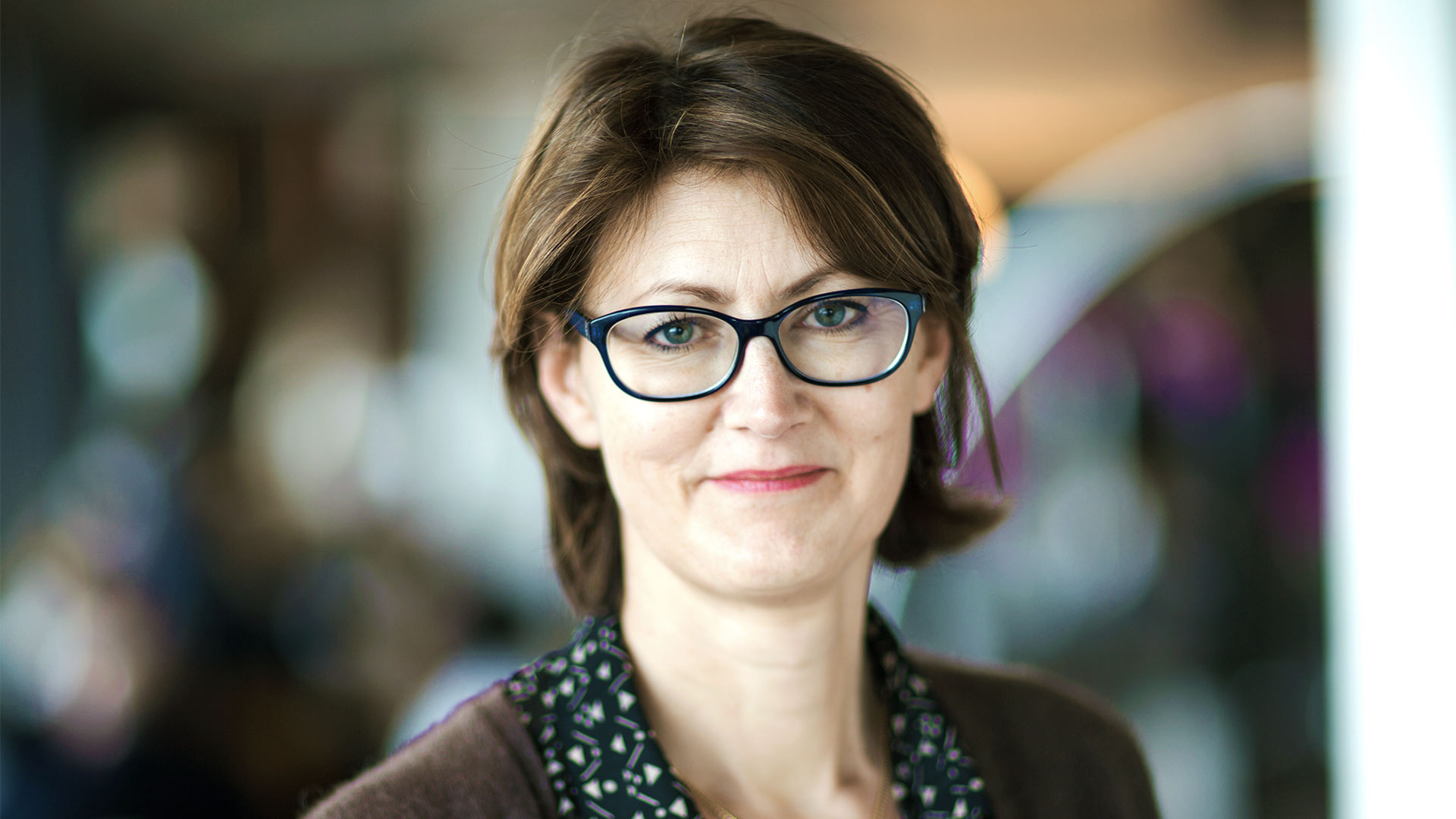 Viviane Monges has 30 years of experience as a Senior Executive in the finance function. She has had a successful career in international companies, holding positions in Europe, Asia and the United States, mostly in the healthcare sector.

After five years at Agence France Presse in Paris and then Hong Kong, she joined the pharmaceutical industry with Wyeth, first in the French subsidiary as director of management control, then at the group’s head office in Philadelphia, as Chief Financial Officer of the Europe Region, then of the Pharma Business Unit (USD 6 billion). She took an active role in many projects to transform the company, organisationally, strategically and in mergers & acquisitions and to establish the Sarbanes-Oxley rules on internal control.

In 2006, Viviane joined the OTC Division at Novartis as Chief Financial Officer, Europe. She took part in many key projects, including a reorganisation of the Europe Region as well as the establishment of shared service centres. Next, she served as Global CFO of the OTC Division based in the United States (USD 3.5 billion) during the Prevacid launch. In 2010, Viviane was appointed CFO of Galderma, a Swiss pharmaceutical group specialised in dermatology (USD 2.5 billion).

This group, a joint venture of Nestlé and L’Oréal, is an industry leader in Rx, OTC, and Aesthetics. In 2014, following Nestlé’s acquisition of all of Galderama’s shares, the latter became Nestlé Skin Health. In 2015, Viviane joined Nestlé as CFO of the Business Excellence Department, which groups together the worldwide support functions (finance, HR, IT, procurement, digital and property). For three years, Viviane has been responsible for a major programme to transform the group. In 2018, Viviane decided to focus on directorship. She is a member of the board of directors of UCB and Novo Holdings.

Viviane is a graduate of ESCP, a French national, and a resident of Lausanne. 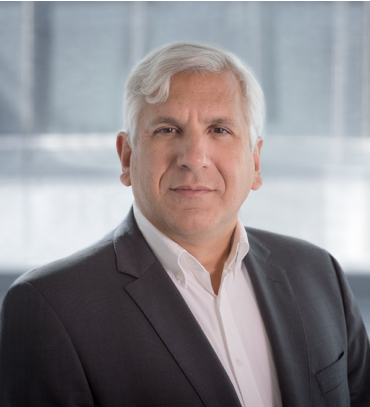 He is currently investing in Digital Health companies in Europe through the Services Innovants Santé et Autonomie (SISA) fund. With over 20 years of investment experience in Technology and Healthcare, Franck Noiret is currently board member of Voluntis, Entrepreneurs & Investisseurs Technologies, Kayentis, Omni Orthopaedics (US), Zesty (UK) and observer of Ekinops (EKI / Euronext).

Prior to joining Innovation Capital, Franck Noiret was Director at Apax Partners in Paris where he was responsible for investments in Technology and Telecoms ranging from venture capital to growth LBO. From 1995 to 2000, Franck Noiret was Principal Banker at the European Bank for Reconstruction and Development (EBRD) where he was responsible for private and public sector investment projects in Central and Eastern Europe. De 1989 à 1993, Franck Noiret was a banker in the City of London for Société Générale after starting his career as an auditor at Arthur Andersen in Paris.

Franck Noiret has a MBA from the Wharton School (US) and a Master in Corporate Finance from Paris-Dauphine University. He graduated with the highest distinction from Sciences Po Paris.